Denise Medved is a woman with a vision formed by a lifetime of facing struggle with optimism, grit, and perseverance.

She is the creator of Ageless Grace, a brain fitness program with the purpose of changing the model of aging in this world.

Denise grew up with two very different models for aging. Her father was the epitome of physical health; a bodybuilder and winner of several major fitness awards including Mr. Tennessee, Mr. Dixie, and Mr. Wisconsin. He was a man of action and movement who was always on the go. Denise’s mother was a woman of intellect. She was a teacher and storyteller who solved the most difficult Sudoku and crossword puzzles with ease. Denise admired both of her parents immensely and still strives today to mirror their strengths.

As her parents began to age, it became obvious that her father was aging with ease, while her mother was in a relentless cycle of pain. Her father was active almost up to his last day. He had a brief illness and died peacefully, a full participant in life. Denise’s mother, however suffered from rheumatoid and osteoarthritis and began using a cane and walker in her 50s. Eventually, Denise’s mother was diagnosed with dementia and Alzheimer’s, a diagnosis that shocked Denise because of her mother’s challenging mental regimen.

Observing her parents and their different ways of aging, Denise began to wonder if there was a way to keep both the body and the brain healthy as we get older.

Denise’s own challenges with her health informed her thinking as well. She was born with a mild case Spina Bifida and she suffered from pain in her spine all of her childhood and early adult life, and a damaged cervical spine from a car accident only made matters worse. She was also born with issues in her feet for which she has had eleven surgeries.

But it was an encounter with a doctor at the age of 22 that changed Denise’s life forever. Denise was in the Hospital for Special Surgery in New York with an inflamed spine and the prognosis was not good. She was told she needed surgery and that even with surgery she might expect to be wheelchair-bound by her 50’s. Denise sat before the doctor, racked with pain, barely able to walk and completely overwhelmed by the dire prognosis given to her. She didn’t want to live a life limited by pain. Before Denise could make a decision about whether or not to have surgery, the Hospital Chief of Staff turned to her and said:

“If you were my daughter, I would tell you not to have the surgery. I would tell you to go home and exercise every single day for the rest of your life. If you move your entire body every day, you will do well. If you don’t move your body every single day, then you’re facing years of pain, surgeries, and eventually you may be confined to a wheelchair.” Denise chose to take the Chief of Staff’s advice, and now at 68-years-old Denise is healthier and stronger than when she was in her 20s. She is also completely free of pain.

That conversation with the Chief of Staff and observing her parents’ different aging processes led Denise to a passion for fitness, dance, Nia, The Jane Boutelle technique for spinal pain and almost every type of movement imaginable, which she practiced diligently alongside her corporate marketing career. And eventually, after many years spent as a personal trainer and a Trainer for the Nia Technique, and after seven years of research and pilot classes, this passion led to Denise’s creation of Ageless Grace.

Ageless Grace is a cutting-edge brain fitness program based on neuroplasticity that activates all 5 functions of the brain – analytical, strategic, kinesthetic learning, memory/recall, creativity and imagination – and simultaneously addresses all 21 physical skills needed for lifelong optimal function. In the simplest terms, neuroplasticity is the ability of the brain and central nervous system to change form and function throughout one’s lifetime, specifically when stimulated by various physical activities.

Each of the Ageless Grace Tools, or exercises, emphasizes a different “anti-aging” technique, such as joint mobility, balance, spinal flexibility, right-left brain coordination, upper body strength, development of new neural pathways, dexterity of the feet and hands, systemic health, oxygenation of the cells, increased self-esteem, confidence and playfulness. The easy-to-learn Tools promote the “three Rs” of lifelong comfort and ease – not reading, ´riting and ´arithmetic—but the ability to respond, react, and recover quickly, efficiently and safely.

The movements in the program are designed to be performed seated in a chair to activate and work the core muscle group, stimulate the systems of the body (i.e. digestive, endocrine, lymphatic, respiratory, etc.) and help maintain optimal organ function. However, they can be done on a bed, standing near or behind a chair, down on the floor, or standing. When created, it was Denise’s intention that anyone could perform the movements in Ageless Grace, whether recovering from a surgery or at the peak of health – and that anyone of any age or ability can be certified to teach the program and inspire others to practice this cutting-edge brain elasticity program. Intentionally nourishing the mind-body connection on a daily basis can help improve health and well-being, reduce stress, keep the brain agile and the body responsive. When body, mind, spirit and emotions are in balance, health and well-being follow. Ageless Grace offers something for each of these dimensions.

The biggest difference between Ageless Grace and other fitness programs is that Ageless Grace is meant to both exercise the body and stimulate the brain. Research now supports that we must combine the two for optimal lifelong function and graceful aging. And that we must continue to practice movements we are unfamiliar with in order to create new neural pathways. Denise, who lives in Hendersonville, NC, began teaching Ageless Grace on her own 10 years ago. Now there are over 2,500 Ageless Grace Educators (instructors) worldwide!

“I am thrilled that Ageless Grace has taken off so rapidly and that people are benefitting from the program in Africa, Asia, Australia, Europe and beyond!” said Denise. “99% of the Educators are women and they tell me that they love teaching Ageless Grace because they experience the benefits for themselves as they help other people. I often hear that they are happier and more engaged in their communities than before they taught Ageless Grace. ”

It’s not surprising that the Educators feel happier after teaching their classes. Ageless Grace, through the maintenance, restoration and development of our neural pathways, (the message highways between the body and brain), stimulates the same pathways we used as children. People become more playful, energetic, and creative once they begin to practice and teach Ageless Grace because they are accessing parts of their brain that they used from the time they were born until they were about 18-21 years of age.

But it’s not only the health and mood benefits that Educators have to be thankful for.

“I have taught fitness classes for over 35 years. I’ve been in situations in the past where my pay was abysmal and I’ve seen other incredibly talented people paid poorly,” said Denise. “When I created Ageless Grace I vowed that my Educators would be paid for the value that they’re bringing to the world. They are paid far above the norm expected in the fitness world, and I take a lot of pride in that. Some of the Educators and Trainers teach Ageless Grace as a career, while others teach to supplement their income. Not only are women changing the model of aging around the world, but they are being paid well to do it!”

Click Here for information on how you can become an Educator!

Last March, as the coronavirus raged across Italy, something remarkable happened.  … END_OF_DOCUMENT_TOKEN_TO_BE_REPLACED

This article originally appeared in the New York Times on Nov. 23, 2020. By Dr. … END_OF_DOCUMENT_TOKEN_TO_BE_REPLACED

by: Denise Medved Major health concerns in the USA and around the world have … END_OF_DOCUMENT_TOKEN_TO_BE_REPLACED

Recertification Workshop via Zoom with Sandy Bramlett – May 16, 2021 For Current Educators Only 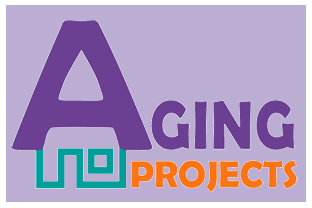 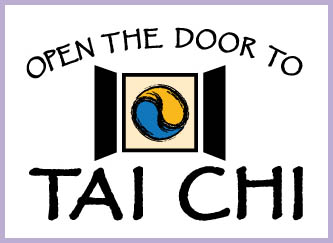